Can Cats Have Salami? 5 Life-Threatening Conditions To Your Cat To Consider! 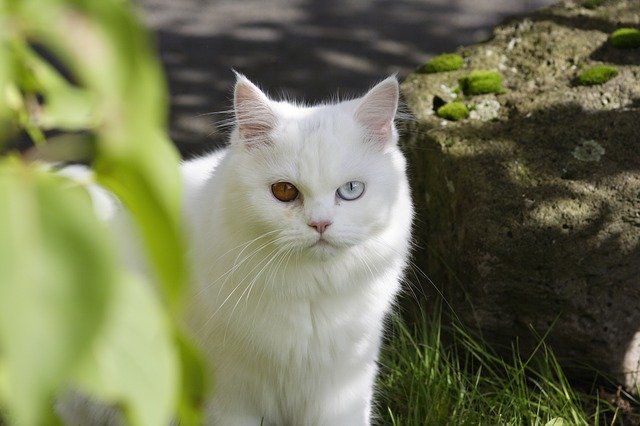 Can cats have salami? Or Can cats have cheese? two important questions of many questions cat owners have in mind when deciding which pizza to choose. The wide variety between humans and the cat’s digestive system makes it hard to try new things, and the difficulty in finding proper nutritional knowledge makes it even harder.

In today’s article, we will go through the answer to the question, can cats have salami by starting with a few words about salami!

Things You Didn’t Know About Salami!

The name salami is derived from the Italian phrase “Salare” or salty.

Although pizza is how most of us are introduced to salami, it shouldn’t surprise you that the beloved European meat has been there forever.

The raw meat is mostly pork, and sometimes it’s beef that’s get blended with garlic, salt, yeast, sugar, spices, and other ingredients before it’s been cured using two methods: ferment and air-drying.

There are many types of salami. Genoa Salami is a result of a combination of veal, red wine, and pepper. We also have one that’s been partially cooked before cured, called Cotto Salami, and last. Still, not least the traditional Italian meat Peppered salami. Finally, we have the Soppressata, which is all-pork salami.

The story behind the popular internet meme goes back on July 6, 2017, when an article published by the San Francisco based company “MeatMenStore.”

Can cats have salami? It was the intended title for their blog post, but a typo was made, and the published article carried the instead of the title cats can have a little salami.

Google search mechanism showed the article on the first page of search results, for can cats have salami?

A typo in the writing business is treated as a scandal, especially for such a huge blog at that time. Like any other kind of embarrassment, it didn’t take long to go viral. It started as a meme on tumbler, and active twitter users couldn’t keep themselves away from the picture, soon Redditors followed. And now the meme “cats can have a little salami” is used globally for almost everything.

Can Cats Have Salami? The Answer!

I am always amazed by the amount of knowledge we could learn about cats when we ask the right questions. Can cats have salami? And is salami good for cats? are two different questions.

To have a clear understanding, you should be aware of the difference between raw and cured meat.

Meat like fish and beef deliver high nutritional value to cats, but cured meats, on the other hand, like sausage and salami, lack the full value provided by meat. That’s why they are preferred as a snack rather than a main meal.

So, to wrap things up, it’s ok for cats to have salami, but it’s not necessarily good to eat it.

Could Salami Be Dangerous To Your Cat?

Although this delicious meat could make an excellent snack when eaten moderately, there are 5 conditions in which salami could be a life-threatening danger to your cat:

The amount of salt present in salami is significantly high, much more than what we can find in other cat-friendly meats like fish and beef.

Studies confirmed that the poisonous dosage of salt for the regular cat is 30 grams, which is only a fifth of the amount of salt present on one slice of salami!

“The phrase ‘domestic cat’ is an oxymoron.” –George Will

While sausage won’t harm your cat, some of the ingredients it often found mixed with will harm its body. For instance, mustard seeds and chili are known to be leading causes of cats’ intestinal issues, such as stomach pain, vomiting, and bloating.

Intestinal issues could be the least of your concerns compared to the toxicity of thiosulphates and disulfides present in garlic.

Garlic is the main ingredient in salami, and when found in the right dose, could pose severe problems in cats like hemolytic anemia.

Symptoms related to garlic poisoning could range from minor intestinal fluctuations such as loss of appetite, vomiting, diarrhea, drooling, and nausea to more severe issues like tachycardia and tachypnea, which could be the cause of death in extreme cases.

That’s why it’s recommended to cook your salami at home just like the old days. This way, you ensure control over the ingredients you add.

Your pregnant cat shouldn’t be allowed under no circumstances to eat deli meats; not only that, researches linked them with miscarriage conditions in cats. But could also result in salmonella, which further leads to blood poisoning. In severe stages, some life-threatening issues like endotoxemia and septicemia might develop.

Salami is generally filled with bacteria and toxins, well-grown cats might handle it, but kittens lack the proper development in the immune system to deal with such danger, they could get sick very fast.

If you are indulging your cat into a strict diet schedule, then you might skip the salami. High salt and saturated fat present in it could pose a risk factor for obesity.

My Opinion About The Question, Can Cats Have Salami?

As a cat owner myself, I always put in my mind that my cat’s health comes first. Therefore, when I ask myself questions like today’s question, can cats have salami. I make sure to ask other questions such as, is salami good for cats, or is salami safe for cats?

Well, after going through the answer to today’s question, it is apparent that it can be dangerous to my cats and therefore causing more health issues. That’s why I avoid giving my cats anything potentially dangerous. I am not telling you to do the same, but I am telling you to think twice before giving your cat such types of food rather than healthy cat food and snacks.

Finally, I hope you found this article useful and informative enough to answer the question, can cats have salami?

Let me know your answer down below. Do you have more information about purring?

?? Enjoyed Reading This Article About Salami For Cats